Cumbia sobre el mar is a dream became music, the dream of living in one of the most diverse place on the planet.Take a look of some of the incredible facts about this beautiful country and watch this small snack-video of what awaits you not only in Barranquilla but also in the Colombian Caribbean coast.

Let's start with some important information about the country...

Colombia is a Democratic Constitutional Republic with a President.

It has a population of nearly 47 million people.

Colombia covers a land area of 1,141,748 square kilometres – around the same size as Spain, Portugal and France put together.

It has 928,600 square kilometres of marine territory as well – in both the Pacific Ocean and Caribbean Sea.

It is bordered by five countries: Venezuela to the East, Brazil to the South-East, Ecuador and Peru to the South and and Panama to the North-West.

In southern Colombia, the ‘Colombian Massif‘ is where the Eastern and Central Cordilleras split. They are joined by a third – the Western Cordillera and all run for hundreds of kilometres northwards. These gargantuan ranges are divided by the inter-Andean valleys of the Magdalena and Cauca rivers.

The national bird is the Andean Condor (Vultur gryphus), a highly endangered species in Colombia, but visible on our treks into the mountains! It also holds the title as the heaviest bird capable of flight on the planet and has been known to attack living prey. They have a wing span of up to 3.2 metres across.

The national tree is the Colombian Wax Palm (Ceroxylon Quindiuense) . Of the 14 or so species of Wax Palm in the world, Colombia has 7 of them. This particular species is the tallest palm in the world, reaching heights of up to 60 meters and in exceptional cases – 80 meters. These can be viewed with us in the Cocora Valley, on our treks into PNN Los Nevados.

Colombia has vast stretches of gorgeous Atlantic and Pacific coastline – over 3200km or 2000 miles of it.

Colombia has some of the world’s best beaches and is one of the cheapest places in the world to learn how to scuba-dive.

Given its unique geographical and biological make-up, the Sierra Nevada de Santa Marta is home to many endemic species of bird that only live here. It has also been declared the most irreplaceable concentration of biodiversity on Earth! It is a birdwatchers paradise!

Colombia has 59 National Parks (almost the same amount as the U.S) that cover almost 12% of the national territory – some 14,268,224 hectares – and are home to some of the most endangered ecosystems on the planet. There are plans to enlarge existing parks and establish more to reach a 14% coverage.

Colombia is home to over 4,010 species of Orchid and there are thought to be many – hundreds even – waiting to be discovered.

Colombia has REAL rainforest in the bio-geographic region of Choco – an immense forest that reaches from Ecuador to Panama of which about 60% is still pristine and untouched.

A third of Colombia is covered by Amazon jungle.

Various archaeological sites, amongst them some of the most important in South America such as the Lost City (Ciudad Perdida) of the Tayronas, San Agustin; Tierradentro and Sogamoso amongst others.

Vast coastal wetlands and savannahs – home to various wildlife sanctuaries and swathes of Dry Tropical Forest – some of the last places on Earth where this ecosystem still exists.

Not one but two deserts – La Guajira peninsula is one of them and forms the northernmost tip of South America.

The national currency is the Colombian Peso.

90% of the country is Catholic

Exited? Wait for more because this is nothing compared with all the adventures and magic moments that you can experience Here.

Click here if you liked the song played on the video.

No posts published in this language yet
Stay tuned...

Packing the Essential for Barranquilla - Colombia 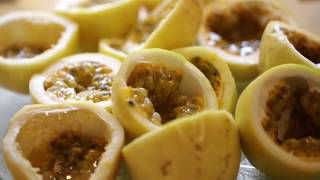